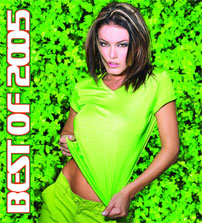 Tate’s is nirvana for comic book and pop-culture fans. The décor alone dazzles the senses: Winged robots keep watch from the rafters, huge gears and pistons line one wall, and a towering tripod crowned by a bloodshot eyeball peeps over the shoulders of shoppers. In addition to the most recent comic books and graphic novels — from the latest Marvel and DC blockbusters to more-obscure books from all over the world — Tate’s boasts a huge selection of anime DVDs, art books, Japanese drinks and snacks, action figures, hip T-shirts, pop-culture fascinations such as Ugly Dolls and a gaming annex just a few doors down. We give Tate Otatti’s labor of love this designation every year and will probably continue to do so after he completes a planned move to an 8,000-square-foot storefront that will double his space.

Tate’s Comics takes its encyclopedic knowledge of all things illustrated to the big screen every month with a showcase of anime films. Usually held on a Friday night, the outing includes a hit movie from the genre presented in Japanese with English subtitles (The Naruto Movie screened earlier this year), a smaller film dubbed in English and sometimes a third feature taken from Japanese television. The films screen in DVD format at Cinema Paradiso, but Tate’s hasn’t secured a set schedule because of the theater’s other commitments. Check Tate’s Web site or call the store for updates.