Join us for a in-store signing with
Michael J. Ruiz-Unger,
the writer of the new series
from Behemoth Comics DARK BEACH

On New Comic Day at
TATE’S Main Headquarters in Lauderhill

Photo archive of the event!

Comics will be able for purchase and may be signed and Michael will also be bringing free limited edition posters on that day for anyone who comes by and wants one! Let’s show this local writer support! Stop by and say hi!

DARK BEACH #1 Synopsis:
Earth has been drifting away from the sun for three hundred years, but that doesn’t stop Gordo, a crime scene photographer living inside the dome-protected city of New Reykjav k, from dreaming about its warm glow. Is the sun as dangerous as the NRCE (New Reykjav k Corps of Engineers) led everyone to believe or will a murder rife with old sun mystery throw Gordo down a rabbit hole to find the truth?

Michael J. Ruiz-Unger is a filmmaker and comic book writer who grew up immersed in Miami’s punk scene. His films have been accepted into film festivals including Fantasia Film Festival, Miami Short Film Festival and the Brooklyn Short Film Festival. In 2017, he was chosen by CubaOne on a writer’s retreat set in Cuba, led by poet Richard Blanco and author Ruth Behar. His graphic novel, Dark Beach (released by Behemoth Comics), is currently optioned for television. 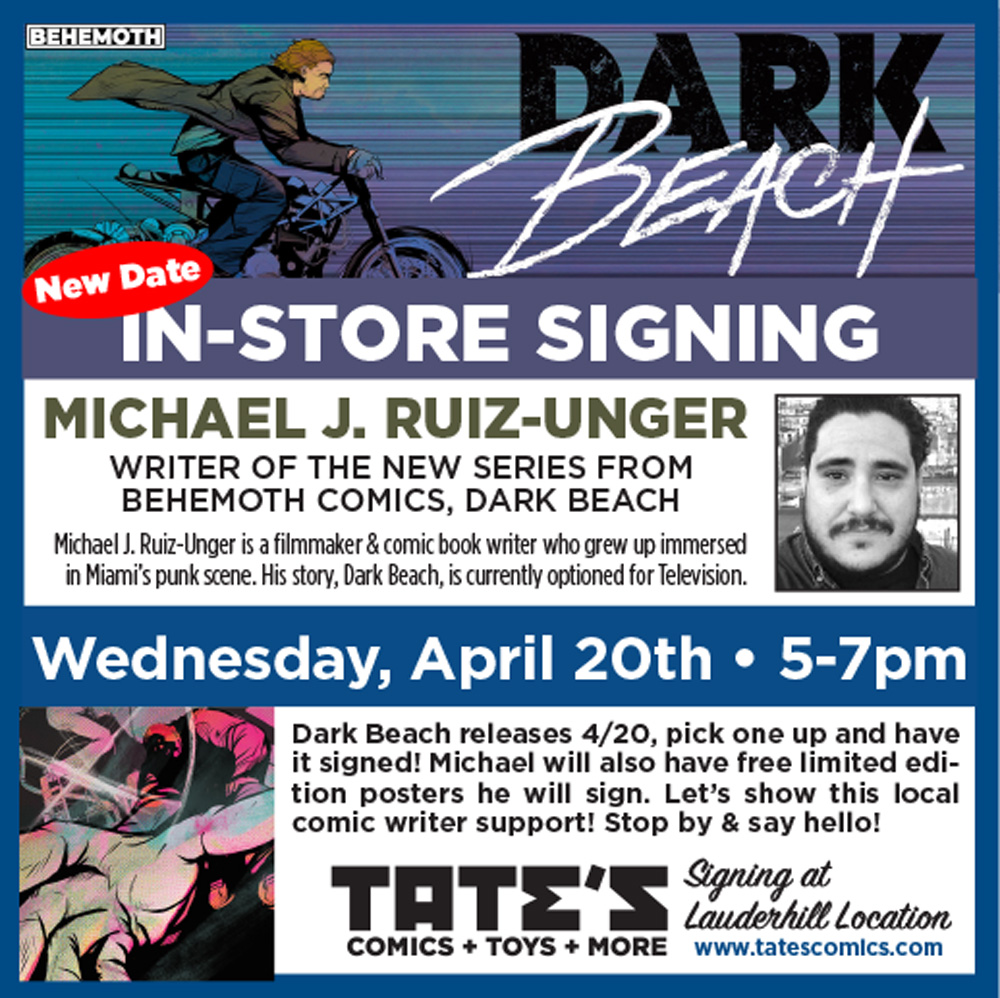