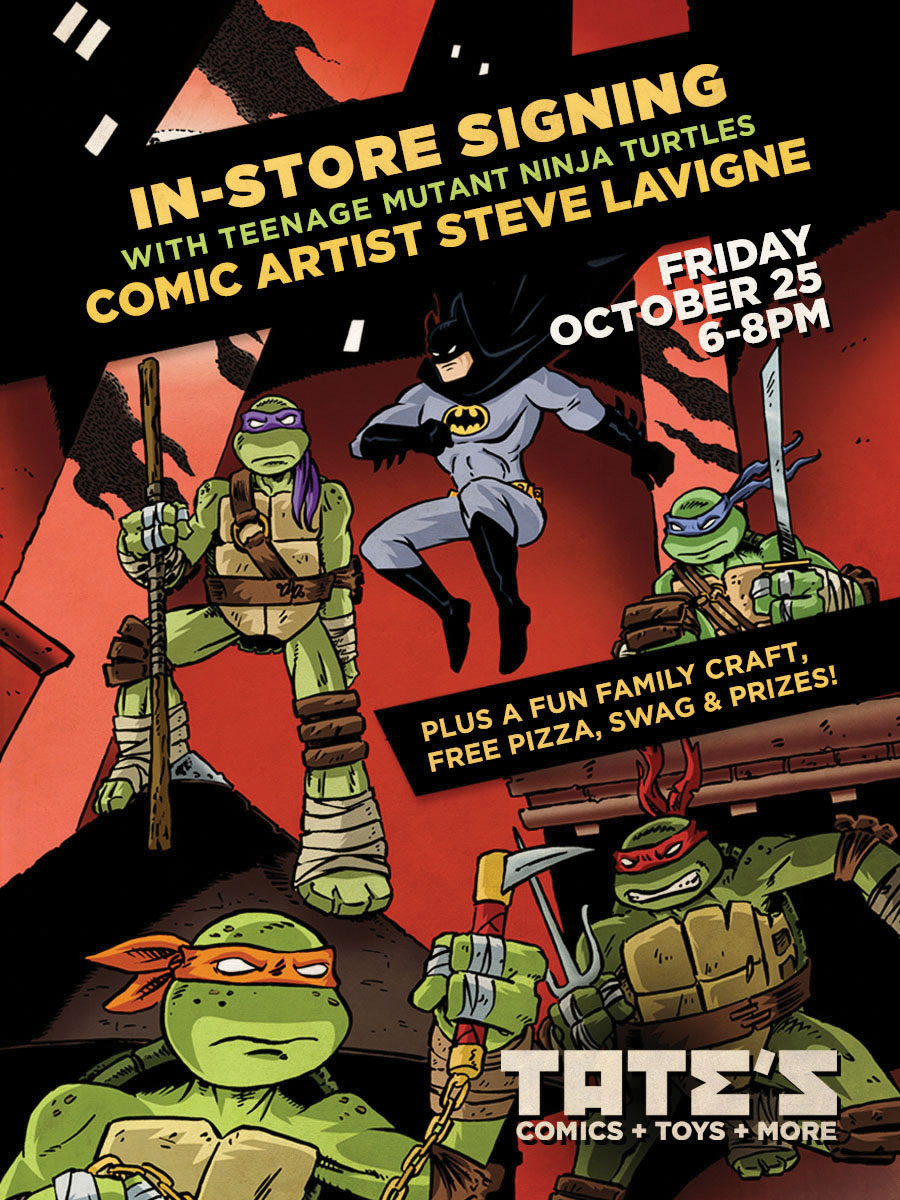 
Steve Lavigne was the very first artist employee hired by Kevin Eastman and Peter Laird back in 1985. They attended high school together and it has been revealed in various interviews with Eastman, that Michelangelo’spersonality is actually based on Steve!

Steve began by lettering TMNT comics, coloring covers and graphic novels. He also created the TMNT characters Sergeant Bananas, Screwloose, Cuddly Cowlick, Code Name Chameleon among others. Steve is the artist responsible for creating most of the officially licensed TMNT artwork seen on merchandise, toy, video game and product packaging back in the late 80s & early 90s. He has produced art for Playmates, Burger King, Konami and more. Steve continues to do covers for IDW TMNT books today.

You can find a list of some of Steve’s work here. Check out Steve’s facebook page here.

Bonus TMNT FUN for everyone!

• Make and Color a Ninja Star!

• TMNT Prize pack raffle! Every $10 you spend gets you a ticket!

Plus, TATE’S will be buying a bunch of pizzas for you guys! 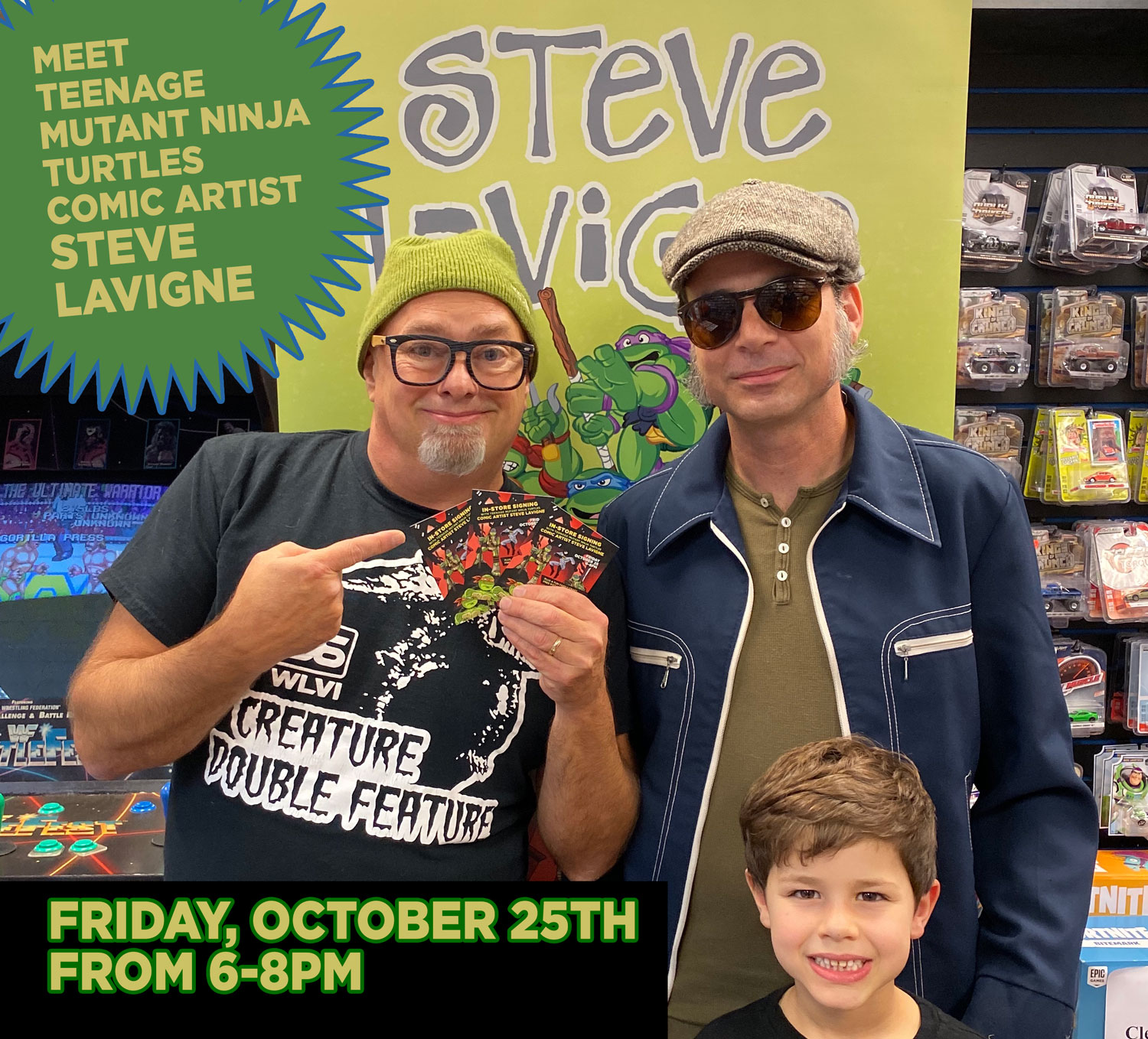 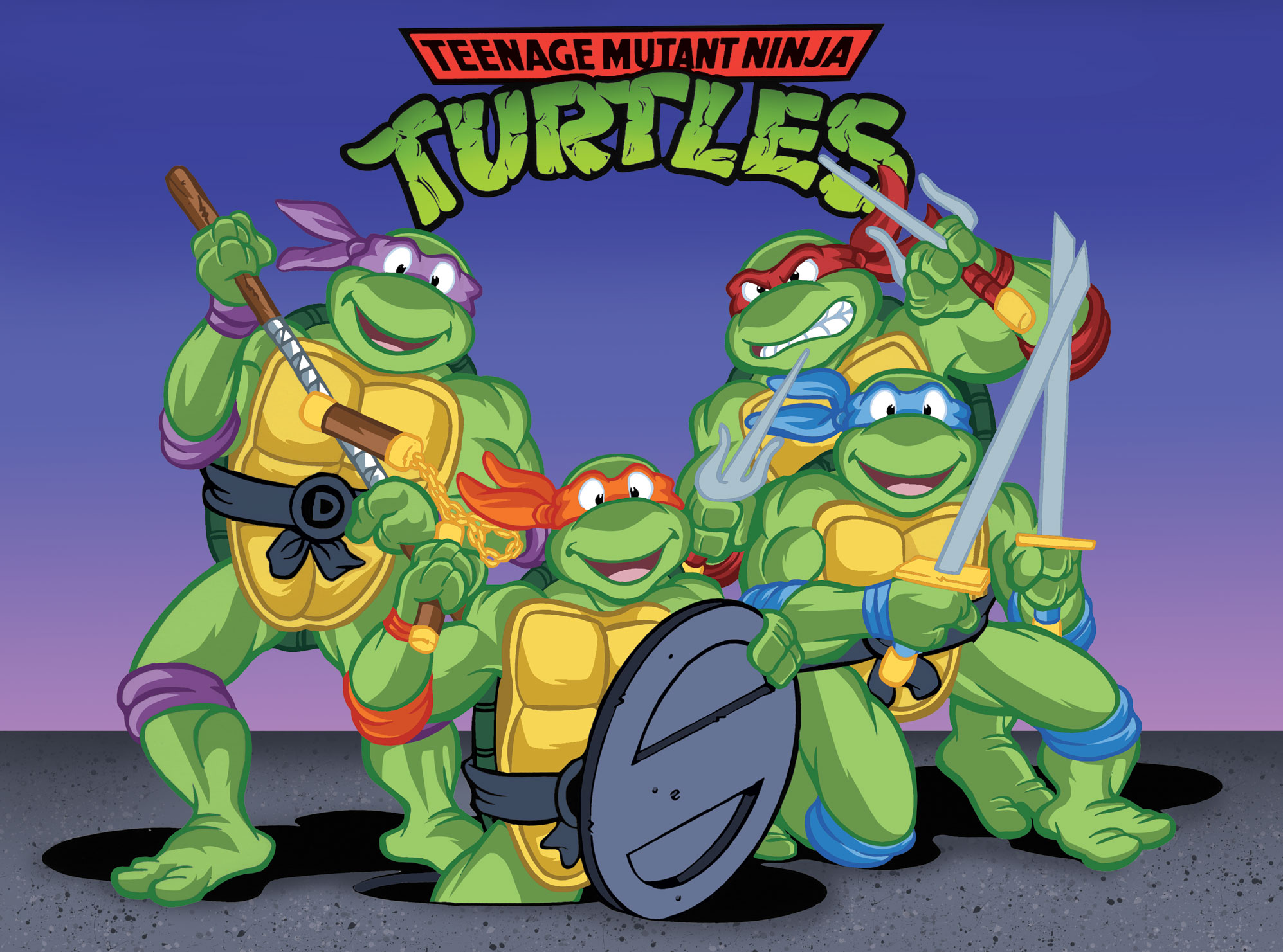