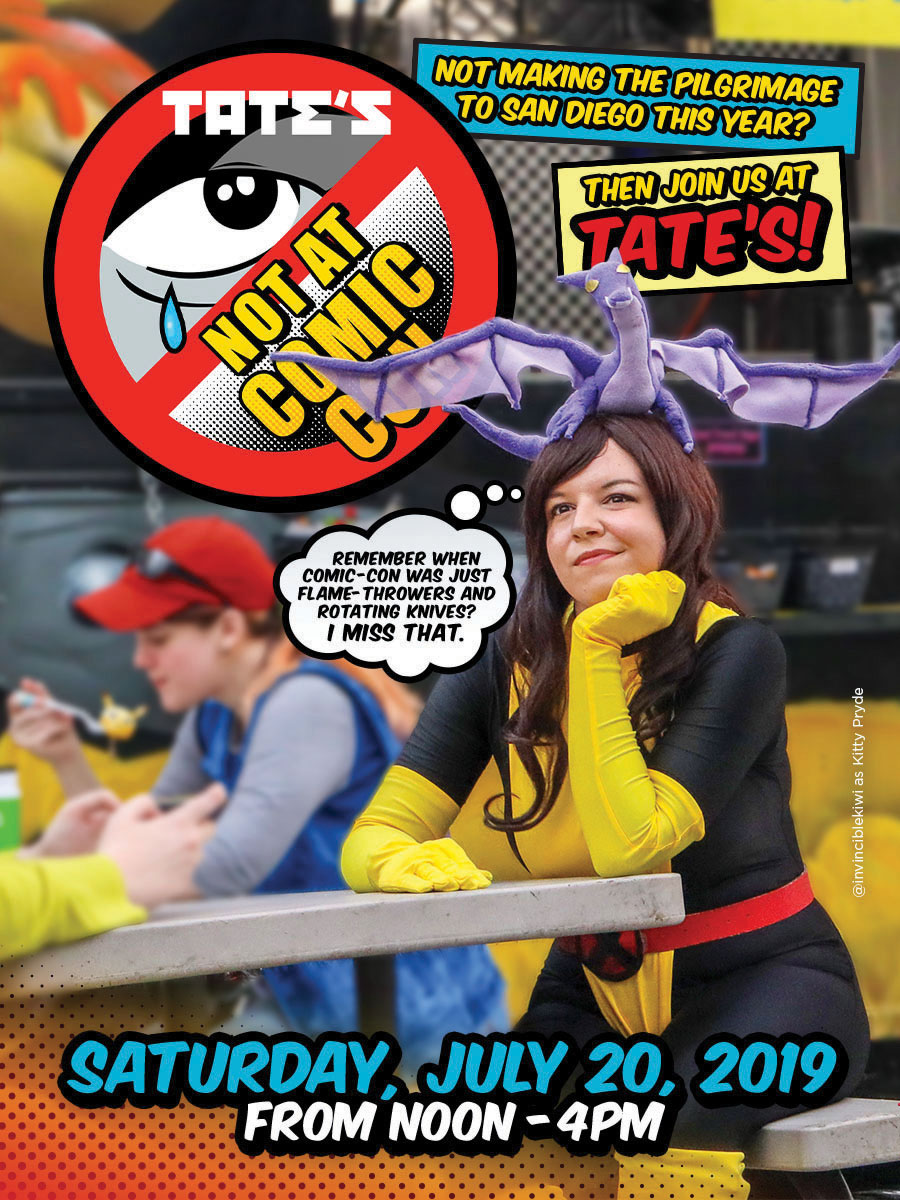 Not making the Pilgrimage to San Diego Comic-Con this year? Join us at TATE’S  instead!

Event location:
Inside of TATE’S Main Headquarters and TATE’S Gaming Satellite in Lauderhill

Photo archive!
Here is the 2019 Indy Comic Anthology as a PDF!

• Free Stuff & More Free Stuff
• Be a part of the Annual TATE’S Cosplayrade™! It’s a fun cosplay parade for all ages! Prizes!
• Nakia’s Xtreme Comic Trivia Challenge! Win awesome prizes from our sponsors!
• Free copy of the TATE’S Indy Comic Anthology! Have it signed by the contributors!
• Worldwide Exclusive TATE’S Trailer premiere of “Golden Tate 10: TheTenGame” Catch up on the previous Golden Tate’s here!
• Informative and fun mini-panels!
• Enjoy hectic good times and camaraderie, just like at the “real” Comic-Con!
• Free live screen printing of the rad 10th Anniversary of NACC T-Shirt design! From The Fine Print Shoppe, whose first ever live screen printing with us was at Not at Comic-Con in 2010!!

Wear a cape or costume and take 10% OFF your entire purchase!!

This discount is valid all day on 7/20 at both our Lauderhill and Boynton Beach locations! Create yourself a cape out of a pillowcase or kitchen towel, if you have to! 🙂

Photos from the 2018 TATE’S Not at Comic-Con event! To get an idea of what it is like! 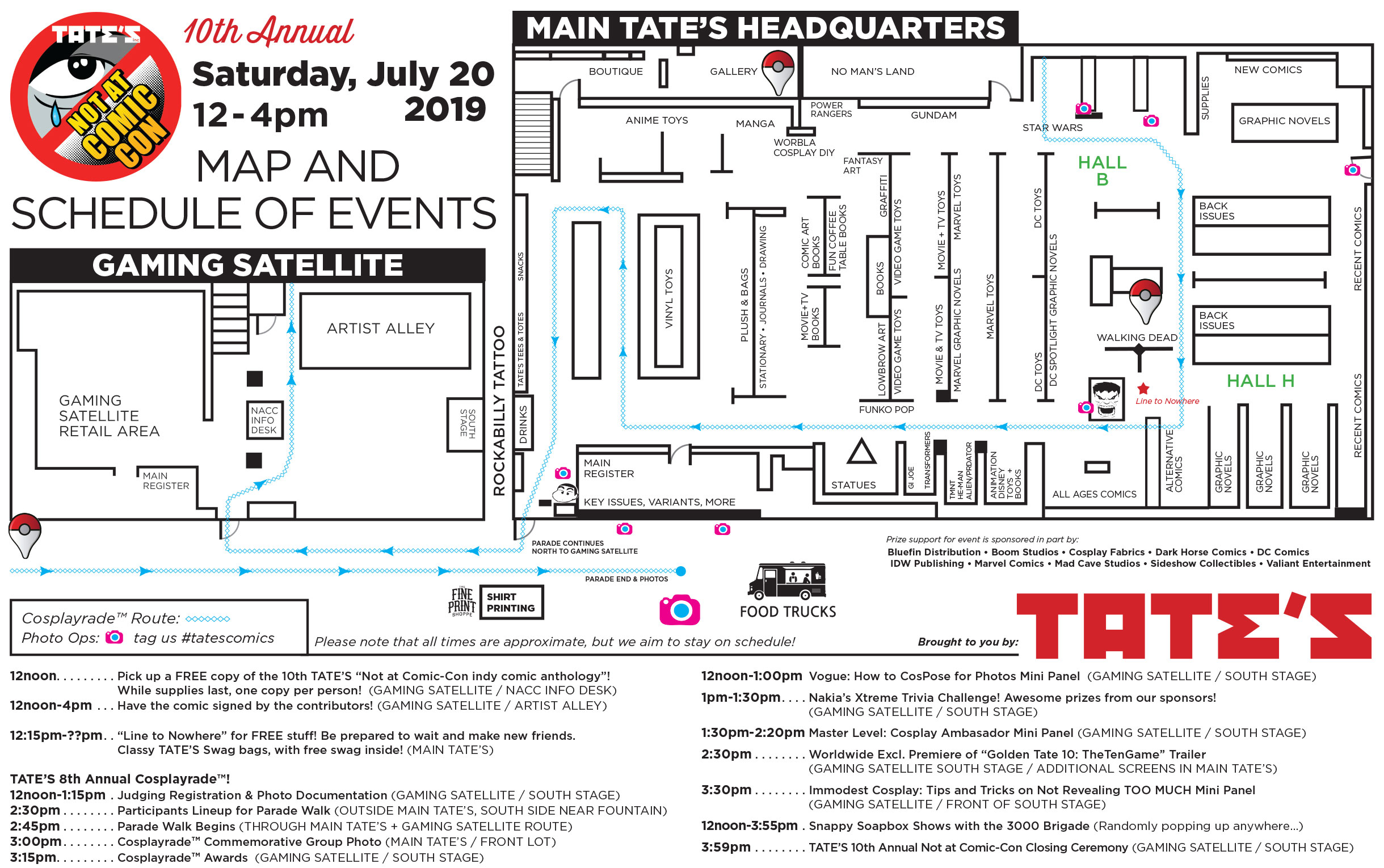 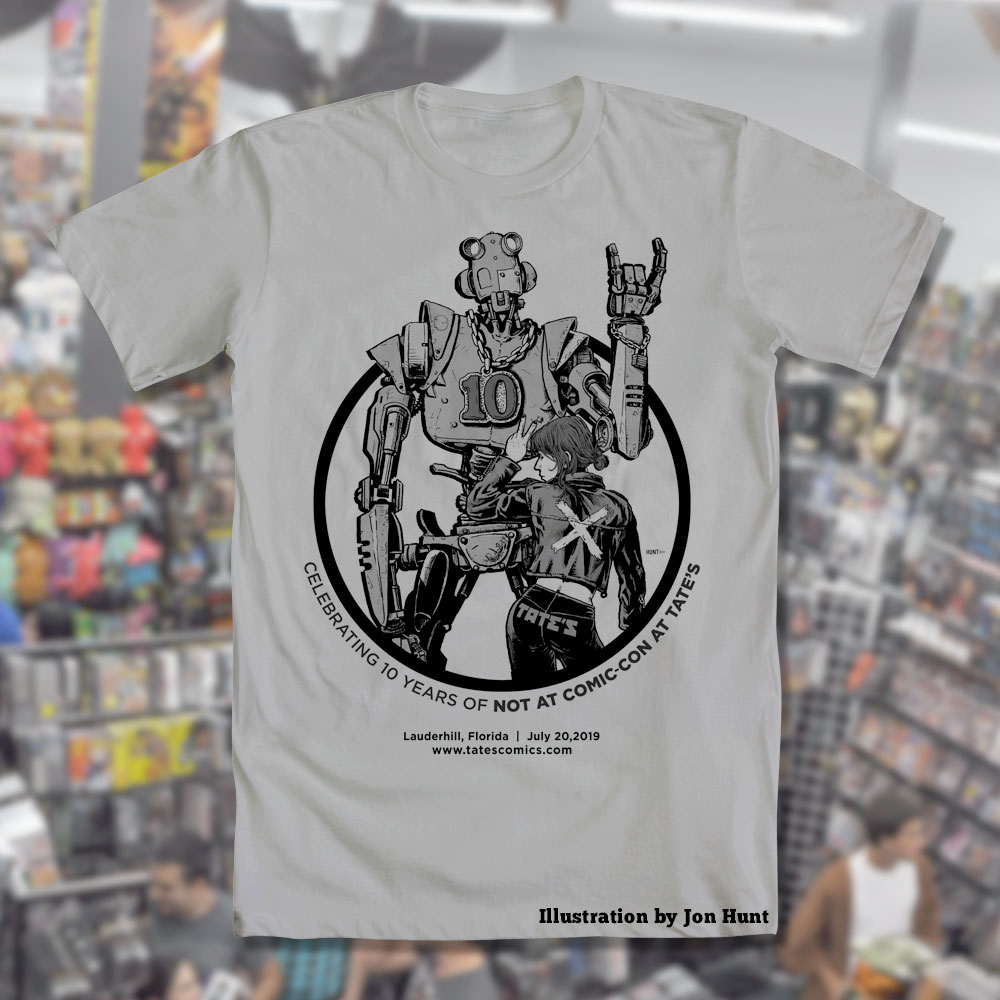