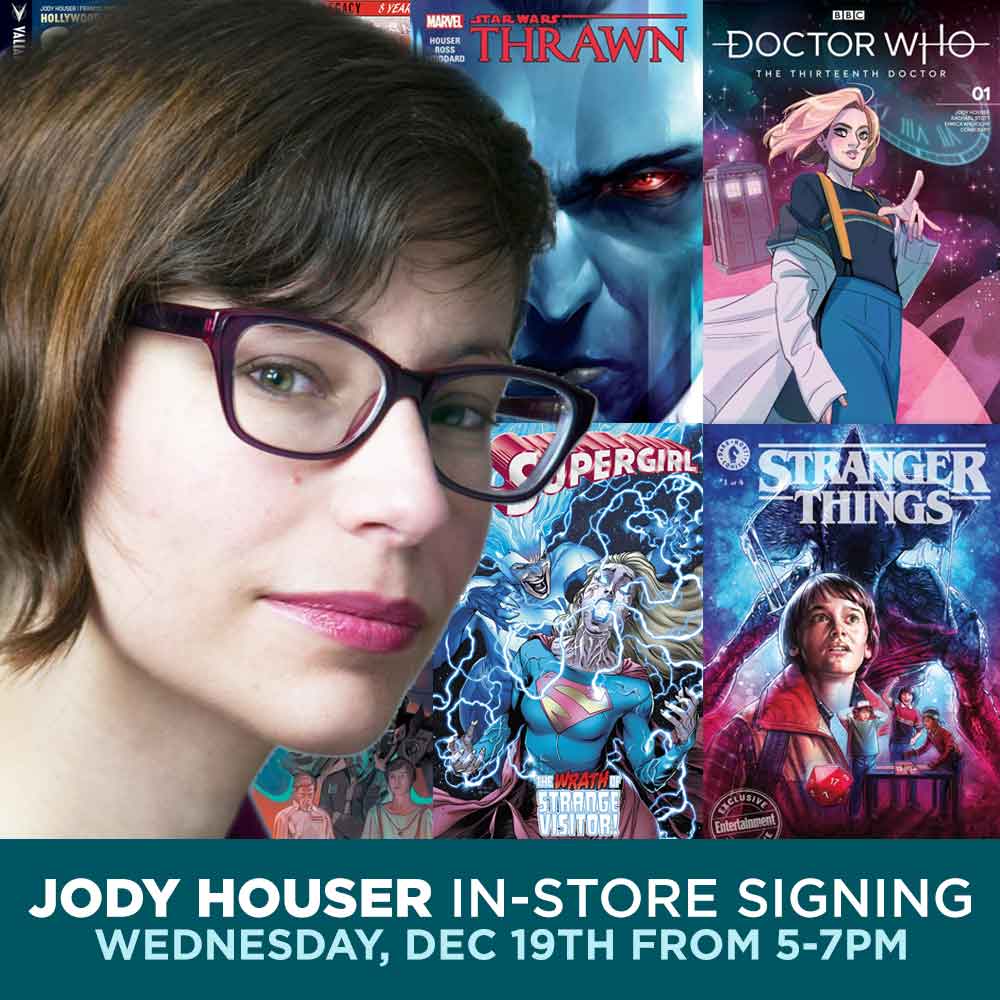 Jody will be visiting our main headquarters location in Lauderhill on Wednesday, December 19th from 5-7pm! She will be available to sign comics and talk about working in the industry. Come on out on Wednesday evening, to support women in comics and our store!