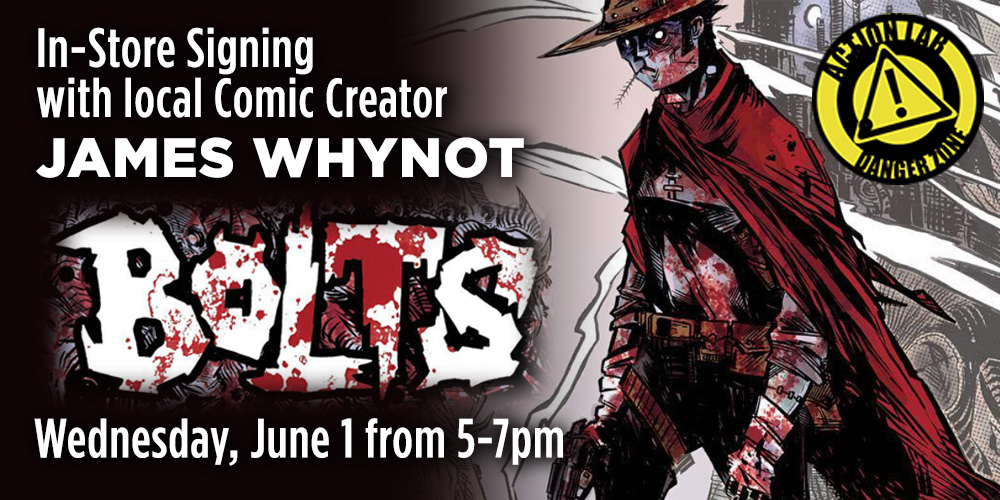 In-Store Signing with local Comic Creator James Whynot
His new comic Bolts, is releasing from Action Lab comics the day of the signing.

Bolts is a story about a heartless monster with super powers who gets horribly attacked by the townspeople, who band together to tear his body apart. He is then saved by a being from another dimension. The being tells him that he’s the last hope for the universe and he will reconstruct his body, but only if he will use it for good instead of evil. To find out more you’ll have to pick up the book and read it yourself, it’s filled with tons of blood, homages to pop culture and humor! 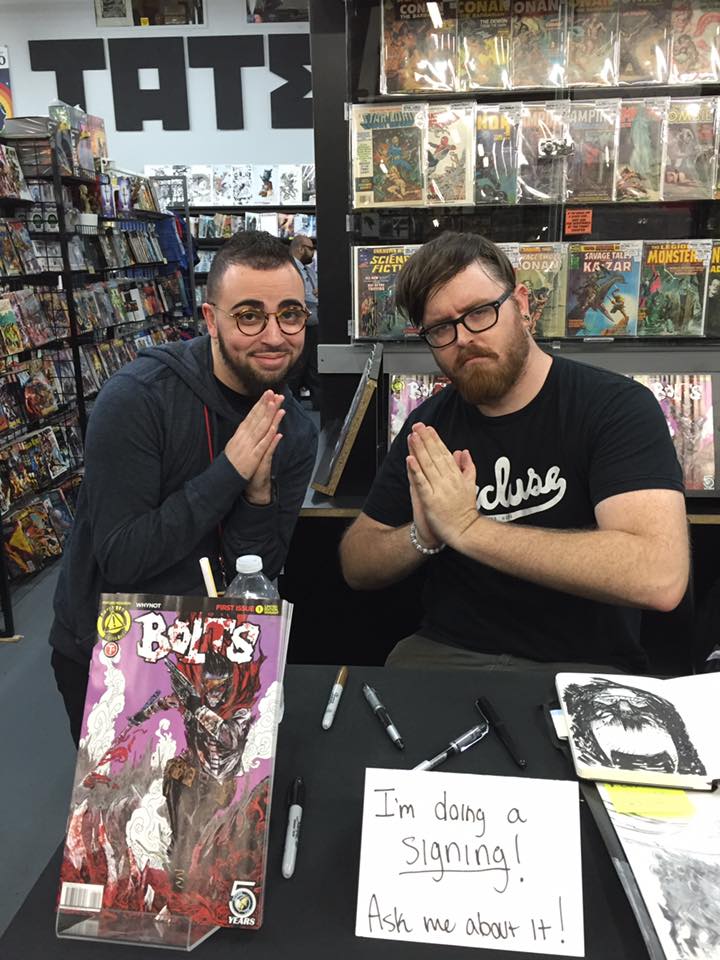