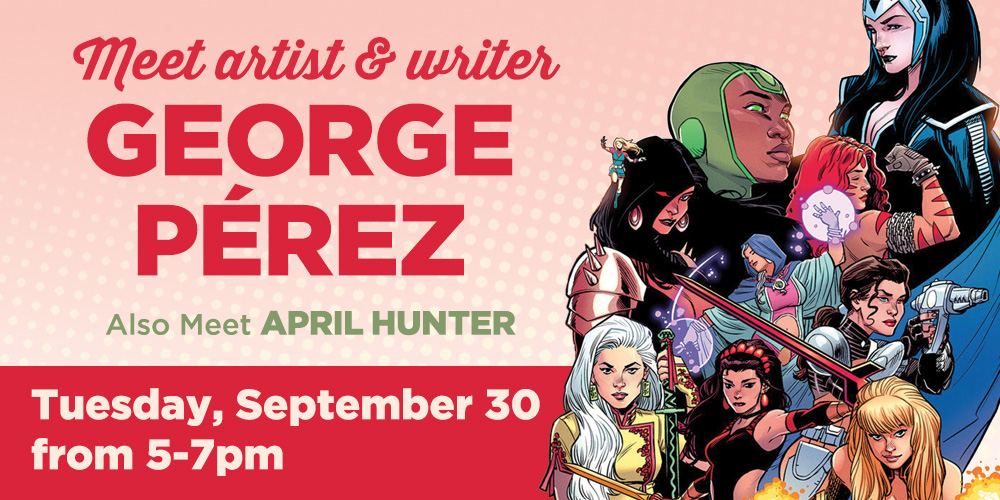 George Perez is on tour for his new miniseries with BOOM! Studios, SIRENS! His first original series in over a decade.
Working in the industry for over 30 years, he has an amazing & lengthy resume! Check it out here.

The purchase of each copy of George Pérez Sirens, during the event on 9/30/14, guarantees you a maximum of 3 signatures from him on the items of your choice. 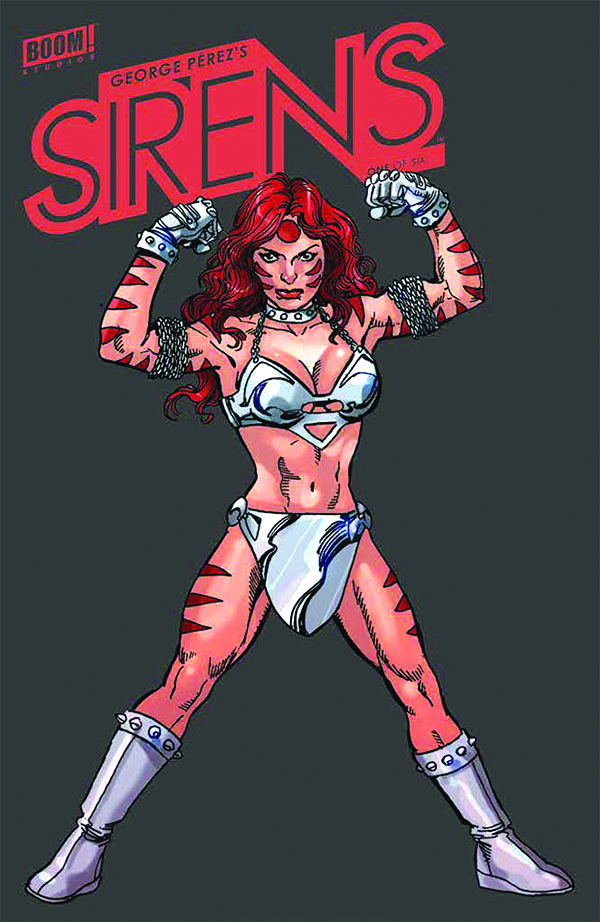 WHY YOU’LL LOVE IT: It’s a sci-fi adventure story that spans time and space, featuring a team of female heroes that kick butt across the universe. If you like strong female sci-fi characters like Battlestar Galactica’s Starbuck, Star Wars’ Princess Leia, and Alien’s Ripley, you’ll find a lot to love about GEORGE PÉREZ’S SIRENS!

WHAT IT’S ABOUT: As an intergalactic force enslaves planets across the galaxy, the legendary team known only as the Sirens must reunite to save the galaxy—but is that even possible when the Sirens themselves don’t even remember who they are? And the rest of the universe only remembers them as…villains? A six-issue miniseries featuring your new favorite comic book team, written and drawn by the master himself, George Pérez (Wonder Woman, JLA Vs. Avengers) begins his greatest story yet.

One of the most popular artists working in comics over the last 30 years, George Pérez’s resume contains a who’s-who of the most popular characters in comics. From his co-creation, with Marv Wolfman, of THE NEW TEEN TITANS in the 80s and his work on CRISIS ON INFINITE EARTHS and WONDER WOMAN to his mega-successful JLA/AVENGERS, George’s work has thrilled comics fans for over three decades.

Read even more about the series here.