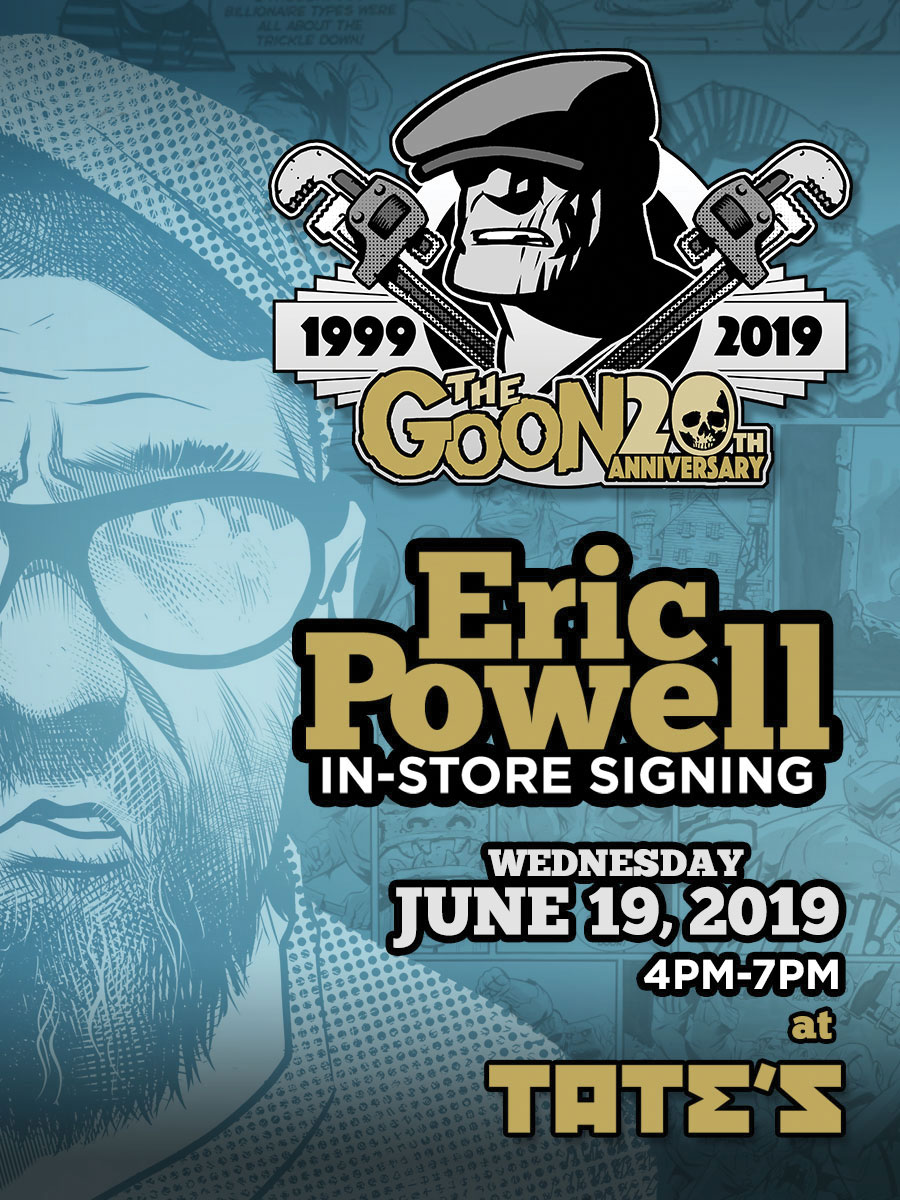 Join us from 4-7pm on Wednesday, June 19, 2019 for and In-Store Signing with Eric Powell Celebrate the 20th Anniversary of The Goon!

Award-winning cartoonist Eric Powell and his publishing company, Albatross Funnybooks, are touring the country with a year-long, 20th anniversary celebration of his beloved book, The Goon! We are proud to be hosting his South Florida stop!

• Have your photo taken with Eric Powell and the Goon championship belt!
• The 20th Anniversary Tour Exclusive Edition of the Goon #1 will be available for purchase at the event!

The purchase of the Goon #1 Tour Exclusive Comic, which is priced at $10, grants you the right to up to 5 (five) Eric Powell signatures on any items of your choosing.

Additional purchases of the Goon #1 Tour Exclusive Comic will grant you an additional 5 (five) signatures per.

There will be an official CGC Witness in attendance of the Eric Powell in-store signing event at TATE’S.