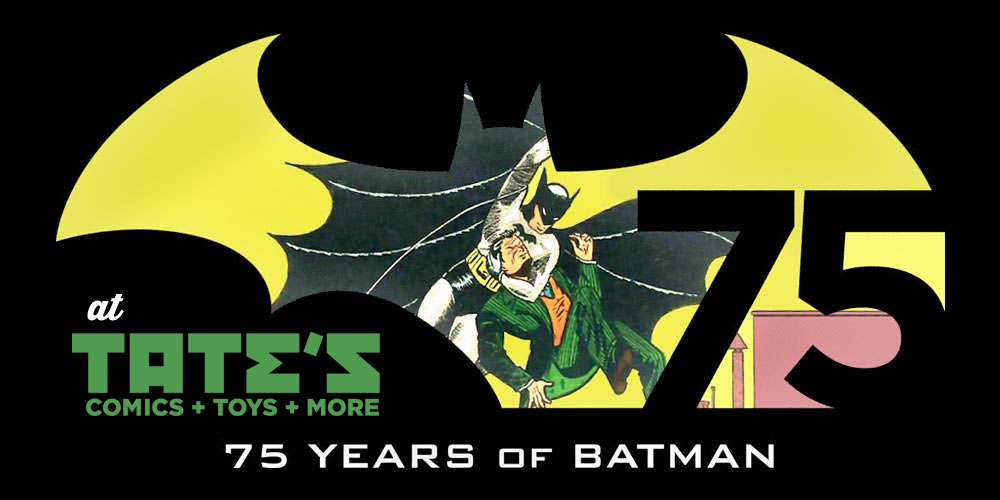 First appearing in the comic book Detective Comics #27, which hit newsstands on March 30, 1939, featuring artwork by Bob Kane and a script by Bill Finger, Batman emerged from the shadows to become the world’s most popular Super Hero and dominate all media. Dark Knight. Caped Crusader. World’s Greatest Detective. Whatever you know him as, wherever you know him from—the blockbuster movies, TV shows, video games, cartoons, or millions of comics—Batman is proof you don’t need superpowers to be a superhero… and the poster boy for what a bad childhood can do to you.

*20% Off applies only to merchandise that includes an image of/or is of Batman. For example: A Harley statue (of her alone) would not be eligible for the Batman Day discount.